8 July, Brussels/Rome – The Director-General of the Food and Agriculture Organization of the United Nations, QU Dongyu, today welcomed a €15 million contribution from the European Union to fight the Desert Locust upsurge in East Africa as a new wave of locusts is emerging in the region.

The European Commission said it had allocated funds to support the UN agency and partner countries in combatting the worst Desert Locust upsurges seen in the region in decades. The funds came via the European Commission’s Directorate-General for International Cooperation and Development (EU DEVCO). The EU made a previous contribution of €11 million to the locust appeal in February.

“I want to thank the European Union for its generous contribution and sustained support,” Qu said. “The battle against the Desert Locust is a long one and far from over — sustained support is critical if we are going to contain this pest threat.”

With FAO’s support, nearly half a trillion locusts are estimated to have been killed in the Horn of Africa and Yemen in control operations since January and one millon tonnes of crops – enough to feed nearly 7  million people – have been spared from devastation.

Despite the success of control operations spanning 500,000 hectares, heavy rains during this spring season created ideal conditions for reproduction and the potential destruction caused by the new-generation swarms could still provoke a humanitarian crisis as new swarms strike Ethiopia, Kenya, Somalia, Sudan, South Sudan and Yemen.

“Our friends and partners in the Horn of Africa have experienced the catastrophic consequences of this Desert Locust outbreak on livelihoods and food security, a situation that is aggravated by the coronavirus pandemic which has made intervention efforts more difficult,” said Jutta Urpilainen, the EU Commissioner for International Partnerships.

Even before the locusts, 25 million people were facing acute hunger in Eastern Africa in 2020, according to the recent Global Report on Food Crises. An additional 17 million people in Yemen were in the same situation. The COVID-19 pandemic is also threatening to further undermine food security in critical areas.

“We cannot falter in our fight against locusts,” said Qu. “The food security situation is already dire for millions of people.”

Apart from the emergence of a new generation of locusts in East Africa, there is also concern that some of these swarms will migrate to India and Pakistan while others could potentially spread to West Africa, as indicated in FAO’s latest revised appeal.

The Desert Locust is considered the most destructive migratory pest in the world. A small swarm covering one square kilometer can eat the same amount of food in one day as 35,000 people.

FAO is helping governments and other partners with surveillance and coordination, technical advice and the procurement of supplies and equipment.

The UN agency is also taking action to protect rural livelihoods by providing affected growers with farming packages, veterinary care for vegetation-starved livestock, and cash for families who have lost their crops so that they can purchase food.

Control efforts must be sustained

FAO recently raised its Desert Locust appeal to $311.6 million to deal with the expansion of the upsurge and so far, $178.9 million has been received or committed to the appeal.

In addition to the renewed EU support, recent contributions have also been received from China ($2 million) and in excess of $1 million from Canada, an early supporter of the locust campaign.

However, without additional funding, control efforts could slow down or halt by late September/October, potentially allowing the numbers of the crop-devouring pest to explode again in some places. Additionally, people whose livelihoods have been impacted by the locust require support, and national capacities in monitoring and responding to Desert Locust still need to be strengthened.

Desert Locust monitoring, forecasting and control are at the heart of FAO’s mandate. Its Desert Locust Information Service has been in operation for nearly 50 years. FAO’s well-established field presence, ability to link up authorities from different countries, and expertise in Desert Locust management make it a key player in responding to upsurges like that currently affecting East Africa.

Impact of COVID-19 on people’s livelihoods, their health & our food systems | FAO News 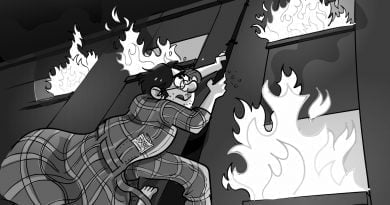