21 September 2021, MUSCAT/Rome – Ministers & other representatives of FAO Members in the Near East & North Africa (NENA) region shared today their concerns & priorities over how to respond to the COVID-19 disruptions & accelerate progress towards sustainable food systems, in a high-level roundtable during the FAO Regional Conference for the Near East.

Several participants highlighted that the COVID-19 crisis put additional pressure on regional food systems, which were already facing many challenges, such as rapidly expanding population, the impacts of climate changed, extreme water scarcity & the degradation of natural resources. The occurrence of heavy flooding & the Desert Locust invasions were also mentioned.

The Minister for Agriculture of Iran, Jahad Kazem Khavazi, emphasized the need to accelerate actions on long-term issues, particularly climate change, soil erosion & emergent pests, all of which have negative impacts on small-scale family farmers. “If this situation is not effectively addressed in the region, the risks are that all the efforts made in fighting hunger & poverty will come to nothing,” he warned.

The Iranian Minister also mentioned that Iran has used a mix of social protection measures, state support for e-commerce initiatives, assisted freight for the output of rural women & food baskets to mitigate the national impact of the pandemic on food security. “We believe this needs to be expanded in a regional perspective & hope FAO can help with this,” he said.

Concerns about commodity food prices & trade disruptions were also raised. The Minister for Agriculture of Lebanon, Abbas Mortada, noted that his country has a number of agricultural support schemes that are now threatened by a sharp currency depreciation & a worsening economic crisis. He suggested that a trust fund be created to enable exchange of expertise & resources between countries in the region – an idea that was echoed by Tunisia’s minister for Agriculture, Water Resources & Fisheries, Aksa Bahri.

In a similar vein, the representative of the Kingdom of Bahrain called upon FAO to establish a contingency plan for future emergencies based on what the COVID-19 crisis showed were vulnerable flash points. “Foodstuffs should not be stopped at the border & treated like hazardous material – they save lives,” the country’s official said. “We need to act at the level of the subregion as if it were all part of the same country.”

The Minister for Agriculture & Land Reclamation of Egypt, Al-Sayed el-Quseir, noted that making sure that transport to markets for agricultural outputs remains viable even is very important to facilitate investments by farmers who, for example, shift from thirsty cereals to higher-value but perishable fruit products.

Beyond its immediate impact, COVID-19 has also delayed strategic actions, such as an ambitious national plan by Sudan to expand use of uncultivated but arable lands that could drive output of sunflower & sesame seeds as well as cotton for export markets, according to the country’s acting Minister for Agriculture & Natural Resources, Abdelgadir M. A. Turkawi.

While the pandemic disruptions have been dire, in some cases they galvanized positive reactions. In Iraq, for example, the government has expanded its farm support from wheat to include fruit & vegetable production, & now has a surplus ready for export or processing. “Today we consider this a success story,” the representative of Iraq said.

Facing a myriad of challenges, several participants called for a more integrated regional response, as it can lead to more & better investments, including from the private sector, with FAO portrayed as a key coordinator.

“It is clear how important agriculture & food security is to each of your countries & the entire region,” said Bechdol, adding that “the key is to establish a policy framework that enables change at scale, & when possible also fosters collective & aligned action to unlock investment & innovation.”

She also highlighted that partnerships are essential, especially when they can deliver & catalyze concrete actions from a diverse set of partners around specific areas of critical opportunity. “We need to conceive & put in place unique collaborations, where there’s an exchange of expertise & knowledge.”

There was also broad consensus on the importance of FAO’s Hand-in-Hand Initiative focus on bringing in new partners to drive rural transformation & growth & eradicate poverty & hunger once & for all across the region.

“We need our energies to work together in the region to bring better results for our people. We are living in extraordinary times,” said Thanawat Tiensin, Chair of the Committee on World Food Security, a FAO-hosted forum.

Representatives from non-State actors also participated in the meeting, such as the Arab Peasants & Agricultural Cooperatives Union (APACU), the Arab Group for the Protection of Nature (APN) & the International Center for Biosaline Agriculture (ICBA).

The FAO Regional Conference for the Near East continues through 22 September & proceedings can be followed via webcast.

APHIS-Trained Canines are Ready for their Close-ups: Dogs Featured on Disney+’s It’s a Dog’s Life with Bill Farmer – News Release 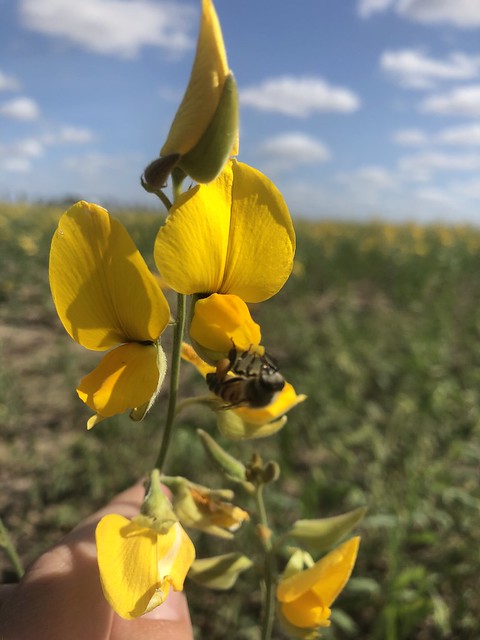