As FAO turns 75, its mission to end hunger & nourish the world is as relevant today as ever

Born on the wake of catastrophe – World War II, three-quarters of a century later, FAO’s mission to end hunger & nourish the world has been made more relevant because of another global scourge – the COVID-19 pandemic, said QU Dongyu, FAO Director-General.

Along the way, the world, & with it FAO, went from growing more food, to getting attuned to its environmental footprints, setting up regulatory frameworks in response, getting animal diseases under control, &, finally, seeing the fight against hunger as inseparable from other development goals.

“The present moment is again fraught with danger, complicated, & demands urgent action. As hunger grows once more, as the COVID-19 pandemic exposes the fragility of our food systems, history is calling upon us once more to rise to the challenge,” urged Qu.

Time to build back better

World Food Day is marked this year as global hunger rises for the fifth consecutive year & a healthy diet is out of reach for 3 billion people. Nearly 700 million people still go hungry, & the pandemic could tip up to 132 million more into hunger by the end of 2020.

This year’s World Food Day aims to galvanize & accelerate action towards ending hunger & malnutrition in all its forms, & to make food & agriculture an essential part of the COVID-19 response.

Chief amongst them, as speakers at today’s event noted, are global solidarity & building more resilient, robust agri-food systems that can withstand shocks, deliver affordable & sustainable healthy diets for all, & decent livelihoods for all workers along the food supply chain.

“Now is the time to rethink our approaches & redouble our efforts,” said Qu.

Amongst these, Qu highlighted pioneering sciences & technologies, stressing that “Innovation is our ally in re-imagining our food systems & ending hunger, as we are morally & politically bound to do in the next ten years”.

Using the money that buys arms & covers military expenses for defeating hunger & rural development instead would also be a “courageous decision”, said the Pope.

“Hunger is not merely a disaster for humanity but also a disgrace… We cannot fail to respond or to act. We all are responsible,” said Pope Francis.

His words were echoed by UN’s Secretary-General António Guterres who called for intensified efforts to achieve the vision of Sustainable Development Goals – “a future where everyone everywhere has access to the nutrition they need”. To inspire action towards this vision, Guterres said, he will convene a Food Systems Summit next year.

Noting that his country was proud to host FAO’s headquarters, Italy’s President Sergio Mattarella said he welcomed FAO’s & its Director-General’s “commitment to work with Italy & many other countries in forging a “food coalition” aimed at containing the effects of COVID-19 on food systems”.

This is the moment of “crucial choices”, & of “a serious global commitment,” concluded Mattarella who expressed hope for the international community to rediscover a “profound meaning of the valuable goods the earth offers us” & the “responsibility to share & safeguard them for future generations”.

Healthy diets for all

King Letsie III underlined that most of the people who cannot afford a healthy diet live in Africa & Asia, & called for “concerted efforts to bring down the cost of nutritious foods” so more people can afford them.

“The nutritional status of the most vulnerable populations groups is likely to deteriorate further as a result of the destructive health & social economic impact of COVID-19,” warned King Letsie III.

Highlighting that hundreds of millions go hungry whilst many more suffer from obesity, Queen Letizia said: “These imbalances should make us think about how to strengthen food systems, seeking shorter marketing pathways to encourage local, seasonal, sustainable & small-scale production, a strategy that would also make life easier for many women in regions of the world where their vulnerability is extreme.”

“We know that when crisis strikes, it is the poor & the vulnerable who suffer the most. We just cannot help but be aware of this reality & focus our attention on these most marginalized people, particularly in rural settings. At a time like this, these rural people need our support even more. But we also need them. If we want strong, healthy & peaceful societies, first we need to produce enough nutritious food for everyone.”

The World Food Programme (WFP) was last week awarded the 2020 Nobel Prize for Peace, which many speakers today lauded as a recognition of hunger as a threat to peace & the need for the international community to turn its attention to addressing food insecurity.

“2021 is looking very bleak. But I believe that if we reached deep into the hearts & pockets of the people around the world, we can perform another miracle.”

“But as long as we have man-made conflicts, we will never end hunger,” warned Beasley. “It is critical that we end the wars, it is critical that we respond to climate extremes…If we strengthen the fragile governments out there, do the things we know that we have the expertise to do, I believe that we will be celebrating World Food Day in a way we have never done before because hunger will be at the end.”

Earlier today, the FAO Director-General participated in an online World Food Day event in Brussels hosted by the European Parliamentary Alliance against Hunger & Malnutrition, whose continued efforts to put food & nutrition high on the political agenda, he commended.

Qu was joined, amongst others, by the Vice-President of the European Parliament, Heidi Hautala, & the European Commissioner for Agriculture, Janusz Wojciechowski.

This renewed sense of commitment & call to action today is all the more important as a joint study of FAO & partners revealed this week that we could end hunger by 2030 if donors double their investments & spend the money wisely.

“The scourge of hunger has been tormenting humankind for millennia. But we are the generation that can end it, once & for all,” said FAO Director-General.

This year’s World Food Day also honours all food heroes, who – despite all difficulties – continue to provide food to their communities & beyond.

Today, FAO & its partners are urging everyone to show gratitude for the food we eat & the people who produce, plant, harvest, fish or transport it.

Events in over 150 countries, including at Rome’s Colosseum that is serving as a stunning backdrop for an FAO video mapping show this evening, mark World Food Day & celebrate the world’s food heroes & FAO’s anniversary. 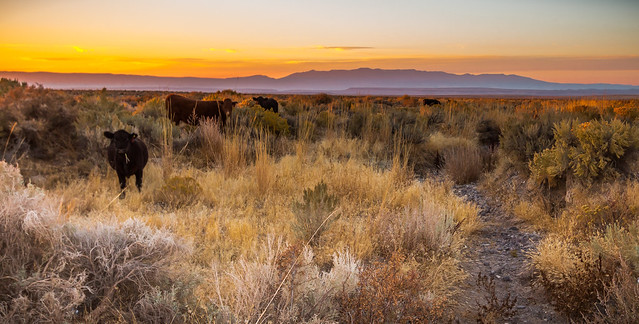 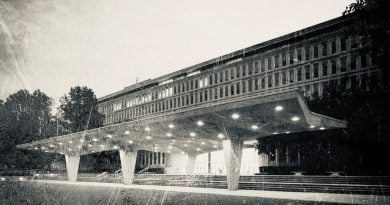