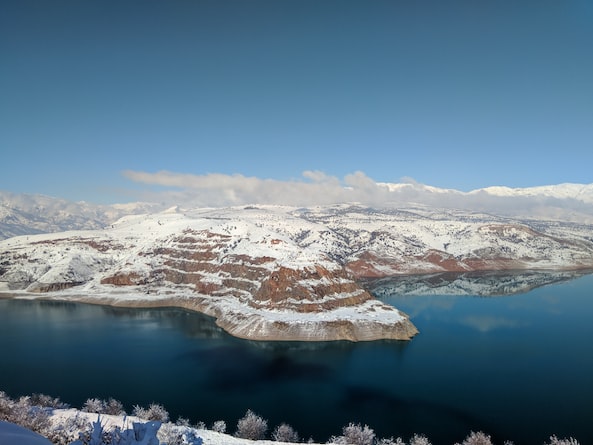 Hosted by Uzbekistan in collaboration with FAO, the Conference – held entirely virtually for the first time – brings together over 31 ministers & deputy-ministers, in total over 270 representatives from 51 Members in Europe & Central Asia, making it the highest attendance at a Regional Conference for Europe. Representatives of international organizations, the civil society & the private sector are also participating in the Conference, which is held biennially.

In his opening address, the Director-General thanked Uzbekistan for their flexibility in hosting the Conference virtually, & welcomed the representatives from civil society, private sector & other partners, stressing that their presence & contribution enriches the discussion.

The FAO Director-General, QU Dongyu, also highlighted that the region is an economic & agricultural powerhouse but also faces many enduring & new challenges.

The Chair of the previous Session of the European Regional Conference, held by Russia in 2018, Deputy Chairman of the State Duma of the Russian Federation Alexey Gordeev stressed the importance of strengthening partnerships with civil society & the private sector as well as maintaining a constructive dialogue with other regions.

In response to challenges facing the region, the FAO Director-General highlighted some key achievements, such as a strategy for accessing the Green Climate Fund, which resulted in two major projects starting in 2021 to address climate change challenges in Armenia & Kyrgyzstan, FAO’s normative & field work on land consolidation, as well as the Regional Gender Strategy & country gender assessments that are contributing to the empowerment of rural women across the region.

“The Hand-in-Hand approach is flexible & open to all countries. Countries can be beneficiaries & contributors at the same time & I invite you to join this country-owned & country-led initiative,” he said.

The FAO chief also announced the launch of the Food Coalition later this week, on the 5th of November. The Food Coalition – proposed by the Government of Italy & led by FAO – is a new global alliance to help Members cope with the effects of the COVID-19 pandemic on their food systems & agriculture sectors.

Kalibata reiterated the UN’s Secretary-General’s call for the Summit to be both a “People’s Summit” & a “Solutions’ Summit” & thanked FAO & the other UN Agencies based in Rome (IFAD & WFP) for their support: “Without this help, the preparations for the UN Food Systems Summit 2021 wouldn’t be possible,” she said.

“Your deliberations on healthy diets & food systems will contribute to advancing the FAO global agenda, especially in the context of the UN Food Systems Summit,” noted also the FAO Director-General.

Several other speakers, including Uzbekistan’s Deputy Prime Minister Shukhrat Ganiev & the Independent Chairperson of FAO’s Council Khalid Mehboob, pointed out the need to pay attention to both the quantity & quality of the food produced.

Although the prevalence of both undernourishment & child stunting is low in this region, the increase in obesity is of great concern in the European & Central Asia region, given the high prevalence of obesity, ranging from 18 percent of the adult population in Central Asia to 23 percent in Europe on average & reaching as high as 28 percent in some Members. Micronutrient deficiencies remain a problem throughout the region.

The 32nd Session of the Regional Conference for Europe ends on 4 November, & it is the last of a series of virtual FAO regional conferences that included Asia & the Pacific; Near East; Latin America & the Caribbean & Africa.