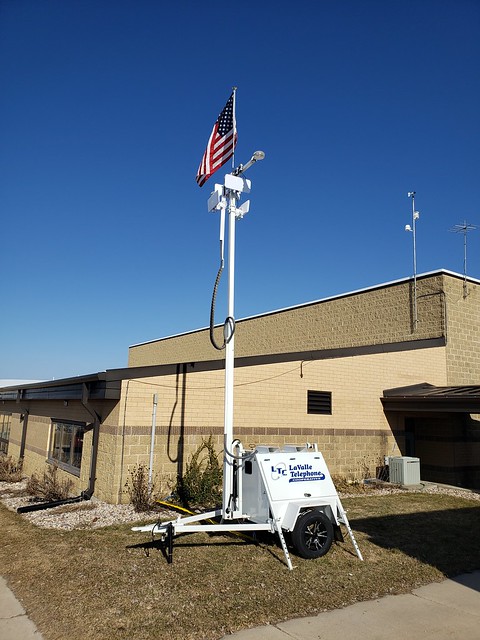 Wisconsin students across the state adapted to the new normal with e-Learning studies since the Badger State entered the “Safer at Home” status in late March. If you live in a metro area, you probably didn’t struggle with lack of service or low bandwidth. But in the rural areas, it was a big challenge.

In rural areas, locally owned and operated telecommunications cooperatives are oftentimes residents’ only source of internet access outside of cell phones, whose coverage can be spotty at best. Many rural co-ops rose to the challenge during the coronavirus pandemic by beefing up their bandwidth for current customers at no charge or offering free upgrades. For new customers, some co-ops waived installation fees or allowing free access for a certain period.

Nationwide, broadband providers noted that speeds decreased for a few weeks at the start of shelter in place or safer at home orders, but regained speed as networks adjusted and equipment was upgraded. Speeds for the bulk of USDA Rural Development clients never decreased because of their robust fiber fed networks. They also reported that internet traffic has increased by 20-30% during the pandemic.

If you reside in the “last mile” which can have poor internet connectivity, we saw Wi-Fi hotspot signs pop up in school parking lots and other remote locations that serve historically underserved areas in Wisconsin. For example, Richland-Grant Telephone Cooperative in southwestern Wisconsin, a recipient of a USDA Rural Development Telecommunications Infrastructure Loan in 2013 for fiber to the premise, installed three free Wi-Fi hotspots in two parks and a school parking lot for community members, families and students who needed internet service.

This was just one example in Wisconsin, but there were three other telecommunications co-ops and companies, Chibardun, Siren & Mt Horeb, all having received USDA funds, who are also provided free Wi-Fi hotspots in communities they serve. Six others, Chequamegon, Vernon, West Wisconsin, Baldwin, Tri-County and Lemonweier Valley, offered other options listed above.

It’s been said that “Necessity is the mother of invention.” During this unprecedented time in our lives, we applaud the innovative and entrepreneurial actions taken by our partners in the broadband industry to implement solutions to the problems we’re enduring while we conduct our daily lives under this temporary normalcy.

APHIS-Trained Canines are Ready for their Close-ups: Dogs Featured on Disney+’s It’s a Dog’s Life with Bill Farmer – News Release