On March 18, 1975, one of CIA’s greatest intelligence coups, Project AZORIAN, was fully exposed through a nationally broadcast syndicated report. The report revealed the truth about the Glomar Explorer and its connection to a secret intelligence operation.

Glomar’s story began in 1968 when a Soviet Golf II-class submarine carrying three SS-N-4 nuclear-armed missiles sailed from a naval base on Russia’s Kamchatka Peninsula en route to its peacetime patrol station northeast of Hawaii. Shortly after leaving port, the submarine and its crew disappeared. After an extensive, but unsuccessful effort, the Soviets abandoned the search. Little did they know however, the U.S. intelligence community had located the submarine resting on the ocean floor about 1,500 miles northwest of Hawaii.

With support from the Department of Defense, and recognizing the opportunity to glean information on Soviet strategic capabilities, the CIA agreed to lead a recovery effort. CIA engineers faced a daunting task: lift the huge 1,750-ton, 132-foot-long wrecked submarine intact from an unknown ocean abyss more than three miles below the ocean surface—under total secrecy. This monumental undertaking would be code-named Project AZORIAN.

A team of CIA engineers and contractors determined the only technically feasible approach to recover the Soviet submarine was to use a large mechanical claw attached to a ship’s surface to lift it. The next question, and perhaps the most complex, was how to maintain operational secrecy. After all, if the Soviets were to learn the true intent of the operation, they may launch an effort to protect their interests.

To solve this problem, CIA reached out to billionaire Howard Hughes, who agreed to work with CIA to build a plausible cover story. The ship would be named the Glomar Explorer, a commercial deep-sea mining vessel ostensibly built and owned by Hughes. Hughes provided the necessary cover, asserting that the Glomar Explorer and its crew were conducting marine research at extreme ocean depths and mining manganese nodules lying on the sea bottom.

The Glomar Explorer arrived over the recovery site on July 4, 1974 and conducted salvage operations for more than a month under total secrecy—despite much of the time being monitored by nearby Soviet ships curious about its mission. During the lift when the submarine was a third of the way up, it broke apart, and a section plunged back to the ocean bottom. Crestfallen, the Glomar crew successfully hauled up the portion that remained in the capture vehicle.

Almost immediately after the recovery effort, planning began for a second mission to recover the lost section, but was stopped after a bizarre and unforeseen exposure of Glomar’s true purpose. In June 1974, just before the Glomar set sail, thieves had broken into the offices of the Summa Corporation and stolen secret documents, one tying Howard Hughes to CIA and the Glomar Explorer. Desperate to recover this document, CIA called in the FBI, which in turn enlisted the Los Angeles Police Department. The search drew attention, and by the autumn of 1974 the media began to pick up rumors of a sensational story.

Director of Central Intelligence William E. Colby personally appealed to those who had learned about AZORIAN not to disclose the project. For a while they cooperated, but on February 7, 1975 the Los Angeles Times published an account that made connections between the robbery, Hughes, CIA, and the recovery operation.  Journalists flooded into the Long Beach area where the Glomar was preparing for its second mission. Jack Anderson’s syndicated television report was broadcast nationally on March 18, fully breaking the truth about the Glomar. The Ford Administration neither confirmed nor denied any of the stories in circulation, creating the notorious statement that has come to be known as the “Glomar Response.” By late June, the Soviets were aware of the Glomar’s covert mission and had assigned a ship to monitor and guard the recovery site. With Glomar’s cover blown, the White House canceled further recovery operations.

Although Project AZORIAN did not meet its full intelligence objectives, CIA considered the operation to be one of the greatest intelligence coups of the Cold War. Intelligence collected from the operation provided a significant contribution to the U.S.’s broader understanding of Soviet strategic capabilities. Project AZORIAN remains an engineering marvel which had advanced state of the art in deep-ocean mining and heavy-lift technologies. 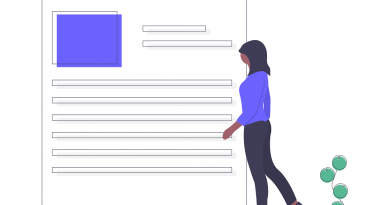 How to use News Release as a Powerful Marketing Campaign