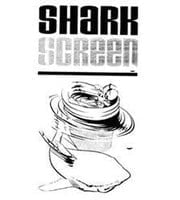 Flying with Sharks: A Plan for Every Outcome

Imagine this: it’s early 1961 and you’re a pilot in CIA’s U2 aerial reconnaissance program. Your U2 unit, Detachment G, is responsible for overflight photography and intelligence collection on targets of interest in Asia.

Detachment G, presently stationed in California, has just been called into action by the Eisenhower Administration, which remains cautious of the U2 program given the recent, and notably public, incident involving the downing of Francis Gary Powers’ U2 plane over the Soviet Union.

Nevertheless, you and four other pilots have been tasked with a unique and daring mission: covertly capture high-altitude regional imagery to confirm Laotian claims of an imminent North Vietnamese invasion. Policymakers need the latest information, so plan for frequent regional overflights.

And do it all with the “cover” of altitude. Seventy thousand feet should do the trick (for reference, that’s double the altitude of a modern-day commercial airliner).

That’s a lot to think about, isn’t it?

Beyond the inherent risks of operating highly complex machinery 13 miles in the air, all while traveling at speeds north of 500 mph, U2 pilots faced a great deal of danger upon entering the cockpit.

The downing of Powers’ U2 plane in 1960 revealed anti-aircraft weaponry could now reach heights that had been impossible just a few years before.

Pilots knew their missions were critical and failure was not an option. But they also knew their high-flying missions had been publically outed, and that adversaries would be looking to the skies in hopes of catching another U2 in the act.

Pilots trained to be the best, but prepared for the worst: what to do in the event of a mechanical failure or successful anti-aircraft offensive.

As it turns out, CIA had thought of everything, even… sharks.

There’s Something in the Water

While unlikely, the threat of shark attack was a very real (and gruesome) one for U2, and later A12, pilots conducting high risk surveillance routes that would take them over miles and miles of shark-infested waters.

Real enough, in fact, that CIA became uniquely motivated to defeat the threat.

After considering a number of options, and given the mixed results of a shark repellant developed by CIA’s predecessor, the Office of Strategic Services (OSS), CIA decided that a physical barrier may just be the best option. In 1968, the Agency placed an order for 50 “Shark Screens.”

Created by Dr. Clarence Scott Johnson, a Project Manager with the Naval Undersea Research and Development Center, in the spring of 1969, the Shark Screen was a small, expandable, protective device that a pilot could carry and deploy in the event of a water landing.

When packed, the screen was small enough to fit into a flight suit pocket or box roughly the size of a pack of cigarettes.

In the unlikely event of a water landing, the pilot would be able to remove the vacuum-packed Shark Screen, which would unfurl into a large bag. From there, the pilot would inflate a large tube around the opening of the bag, then climb inside. Once inside, they could fill the bag with water, completely extending the bag and thus protecting themselves within.

le tube at the opening of the bag would keep the Shark Screen afloat and provide its structure, and a standard-issue life vest would keep the pilot afloat inside of the bag. Their head would float just above sea level, giving the pilot a low profile at the surface, further protecting them from possible enemy combatants.

Sharks, usually attracted by dangling appendages, perhaps mistaking them for fish, would see a large, bulky object instead. Hopefully, this would leave the shark disinterested, but if not, the Shark Screen meant that there would be no easily-accessible point-of-attack.

The physical barrier created by the Shark Screen also served another purpose: to keep the blood of any wounds sustained in the crash from spreading and attracting marine life.

Initial prototypes of the Shark Screen were made of neoprene, but demands for weight reduction and pack-ability pushed designers towards aluminized mylar and polyester, a strong fabric combination that was both lightweight and resilient.

The design was modified in the early 1970s to change the color of the submerged section to a dull tone.

Dull tones, according to researchers, were “approached much more reluctantly by sharks seeking bait than were lighter-colored, more reflective ones.”

In light of the new information, the CIA Office of Special Activities issued a service bulletin to officers with a simple instruction: paint the underwater portion of your Shark Screen flat black. It could save your life.

The “Swiss-Army Knife” of Shark Barriers

Turns out that the Shark Screen’s life-saving possibilities extended beyond its sea-faring intent.

Researchers at the Naval Missile Center, while conducting initial tests of the prototype in 1969, found that the device proved useful on land as well, and issued guidance for potential use as a sleeping bag, pup tent, lean-to (temporary shelter), stretcher, and solar still.

So, on to the real question; did it work?

Luckily, U2 and A12 pilots never reported use of the Shark Screen in the line of duty, but according to researchers at the US Department of Navy, Cornell University, and the University of Hawaii, the Shark Screen was “proven to be the most effective shark attack deterrent yet tested.”

They came to this conclusion after thorough tests against a number of dangerous shark species in both the Pacific and Atlantic Oceans.

Documents further prove that the Shark Screen was the preferred method of defense against shark attack, even over the OSS-developed “Shark Chaser” repellant, which had been adopted for deployment by the US Navy.

Well, there you have it, the CIA solution to defeating the shark threat. Still not convinced? Not to worry, contract documents show that CIA even sprang for the warranty, just in case.