A rust-colored steel column recovered amid the rubble of the World Trade Center after the September 11, 2001 terrorist attacks has a new home at CIA Headquarters.

The 9000-pound, 17’6”-long steel column was retrieved from World Trade Center Building Six, the shortest tower at the World Trade Center complex at only eight stories tall. The steel beam was found between basement levels B-4 to B-6, and was likely near the Port Authority Trans-Hudson tube system. Building Six suffered secondary but catastrophic damage when the North Tower collapsed.

The column was originally unveiled on the fifteenth anniversary of 9/11, when it was temporarily displayed inside our Original Headquarters Building, before being relocated this year to its permanent location outside.

“Inside the Agency,” recalls CIA Museum Director Robert Byer, “it was encased in a wood box with an opening around it. Because it was in a contained space, when you walked past it, you noticed the scent of smoke. Fifteen years later, you could still smell the smoke from 9/11.”

The steel column now resides in a solemn memorial on CIA grounds, a moving tribute to all those who died in the attacks on that fateful day, and serves as a space for Agency employees to honor the fallen.

Rising seventeen feet into the air, the column is centered inside a circle of rounded river rocks, surrounded by muted grey, blue, and brown flagstone pavers, along a forested walkway that winds between CIA Headquarters and one of the Agency parking lots. At night, soft yellow lights create a golden-amber glow over the hard worn steel.

The column is a poignant reminder of the tragedy that struck our shores seventeen years ago.

“Every year,” says Director Haspel, “the anniversary of 9/11 is a time for both reflection and renewal. It’s a time to remember not only the lives we lost, but also the resilience of the American people, the strength of our values, and our determination to stand up to terrorism… Seventeen years later, we’re still taking the fight to the enemy with the same energy, focus, and commitment. We owe that not only to the victims, but to the loved ones they left behind—and to the country that will never forget them.” 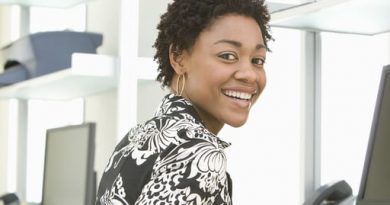 A Day in the Life of a Science, Technology, and Weapons Analyst | CIA