Carbon offsetting: A way to reach the Paris Agreement goals

While we are about to celebrate the 5th anniversary of the Paris Agreement on climate change, carbon neutrality pledges across a range of stakeholders & sectors is observed. As of today, more than 110 countries have committed to a net-zero objective. In such a context, the seminar explores how to support countries to become carbon neutral, by promoting soil & forest carbon sequestration efforts

3 December 2020, Rome – Investing in carbon sequestration, both in vegetation & in soils, is needed & represents an important opportunity to keep the “below 2°C” temperature, a goal defined in the Paris Agreement.

To analyze ways of accelerating opportunities of doing that, the Director-General of the Food & Agriculture Organization, QU Dongyu participated at a webinar on Wednesday entitled  “Forests & soils: A new opportunity for the Planet”. The event-explored possibilities for investment in carbon markets developed by Costa Rica, a pioneer in the field.

“More than 110 countries have committed to becoming CO2 neutral between 2050 & 2060. That is an enormous challenge, but not an impossible one – if we start now,” said the Director-General at the webinar, which was attended by Epsy Campbell, Vice President of Costa Rica & Teresa Ribera, Spain’s Minister for the Ecological Transition & Demographic Challenge & 4th Vice President as well as Carlos Manuel Rodríguez, CEO & Chairperson of the Global Environment Facility, Javier Manzanares, Deputy Executive Director of the Green Climate Fund, Leon Jorge Castaños, President of FAO’s Committee on Forestry (COFO) & General Director of Mexico’s National Forest Commission (CONAFOR) in addition to  senior executives of other international institutions & representatives from more than 150 private enterprises.

The Director-General noted that FAO is helping many countries reduce emissions from deforestation & forest degradation & pointed out that an estimated 900 million hectares of degraded land around the world could be restored.

“We need to use innovative solutions & jointly turn agricultural soils into an opportunity for villages & rural communities to become more sustainable, more resilient, produce nutritious, diverse & safe food & ensure a better life for everyone,” he said.

It is increasingly evident that climate change constitutes a serious global threat – as emphasized by United Nations Secretary-General Antonio Guterres in his State of the Planet speech – requiring immediate action by all relevant stakeholders. Deploying options to extract carbon from the atmosphere through notably reforestation, sustainable land-use & possibly innovative technologies is of major importance.

Engaging the private sector is a logical strategy to “foster a new way of thinking that leads to integrated & coordinated actions by all stakeholders, both vertically from national to local & horizontally across institutions & sectors,” the Director-General said, noting that FAO is rolling out a new Strategy for Private Sector Engagement.

“We are about to make an important leap,” Costa Rica’s Campbell said, noting that her country’s approach has broad cultural ramifications linked to its renewed focus on producing food & taking a longer-term view.

The country is now developing, with FAO’s support, a second-generation scheme including soil organic carbon sequestration into its framework – a project that aligns well with the Recarbonisation of Global Soils Initiative launched by FAO’s Global Soil Partnership, which focuses on smallholder & marginalized farmers as agents of change.

Spain’s Ribera called Costa Rica’s initiative an inspiration. “The important thing is to accelerate the change process,” she said, adding that the global effort to recover from the COVID-19 pandemic offers a strong opportunity to pursue coordinated & inclusive strategies encompassing themes ranging from job creation to environmental improvements. 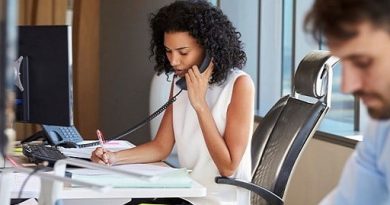 A Day in the Life of a Publications Officer | CIA