It’s estimated that 1.1 million people in the U.S. are living with HIV. And some of those people — about one in seven — don’t know they have it, according to the U.S. Centers for Disease Control and Prevention (CDC).

HIV screening is key to controlling the virus. If people can’t get to a clinic for testing, or have concerns about their privacy, there is a home testing kit that has been evaluated and approved by the U.S. Food and Drug Administration (FDA).

Why is HIV testing important?

The CDC recommends that everyone between the ages of 13 and 64 years old be screened for HIV at least once as part of their routine health care. More frequent testing is recommended for people who have a higher risk of infection because of behaviors such as having sex without condoms, having sex with multiple partners, or injecting drugs using shared needles.

When people know their HIV status, they have powerful information they can use to take care of themselves.

For people who are HIV positive, there are FDA-approved medicines that can help keep the virus under control. These medicines do not cure HIV, but they can help people live longer, healthier lives and reduce the chance they’ll spread the virus to someone else. For people who are HIV negative, there are FDA-approved PrEP (or pre-exposure prophylaxis) drugs that may help protect against infection. HIV medicines can sometimes cause side effects. It is important to talk with your health care provider before starting a new medicine and about side effects and warnings for any medicines you take.

Can I safely test myself at home?

The OraQuick In-Home HIV Test is the only HIV test approved by the FDA that people can use to test themselves at home or in a private location. OraQuick was approved in 2012 for sale in stores and online to anyone age 17 and older.

The kit does not require sending a sample to a lab. It tests fluid from the mouth and delivers results in 20 to 40 minutes.

How does the OraQuick In-Home HIV test kit work?

The test checks for antibodies to HIV.  Antibodies are proteins the body makes to fight off an infection.

The kit contains a test stick you use to swab your upper and lower gums to collect an oral fluid sample from your mouth. The stick is then placed in a tube with a testing solution. After 20 to 40 minutes, one line will appear if the test is negative. Two lines indicate that HIV antibodies were detected and that you may be HIV positive.

If the home test is positive, a follow-up laboratory test will need to be done to confirm the results.

If I get a positive result with the OraQuick test, does that mean I definitively have HIV?

Not necessarily. More testing done through a lab is needed to confirm your HIV status. Look at this as a first step in HIV testing. Because no test is perfect, there will be some false positive results. Clinical studies for self-testing have shown that the OraQuick test will produce one false positive result out of about every 5,000 tests in uninfected individuals.

If you get a positive result, it’s very important that you follow up on the result with your health care professional for further testing and for treatment if the infection is confirmed. You can also call the OraQuick Consumer Support Center, which has counselors available 24 hours a day to answer questions and provide local referrals for follow-up testing and care.

If I get a negative result with the OraQuick test, does that mean that I definitively do not have HIV?

No — and this is important for users of the test to understand. The test is not reliable at detecting HIV infection until at least three months after infection. In addition, even after three months, there can also be false negative results because no test is perfect. Clinical studies by untrained consumers showed that the OraQuick test will produce about one false negative result out of every 12 tests performed in HIV- infected individuals. Also, individuals taking medicine to treat or prevent HIV infection may get false negative results because the medicines may affect antibody levels. This means that it’s important not to rely on a negative test result to decide whether to engage in behavior that puts you at risk for HIV infection.

What are other HIV test options beside a home test?

HIV tests are offered at many types of places including your health care provider’s office. The CDC web page on HIV testing has information on where you can get screened, the different types of tests and what you can expect.

This webpage is made possible by Topic News – a China PR Agency – online press release distribution in China, Japan, Korea and the rest of the world. 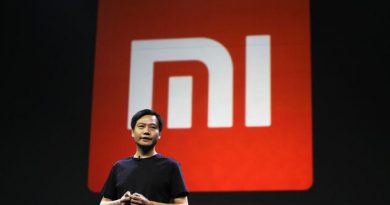 It’s a Good Time to Get Your Flu Vaccine

What To Know If Your Child Wants Contact Lenses