The prostate is part of the male reproductive system that makes semen. The walnut-sized gland is located beneath the bladder & surrounds the upper part of the urethra, the tube that carries urine from the bladder.

Prostate cancer is frequently a very slow growing disease, often causing no symptoms until it is in an advanced stage. At that point, symptoms may include difficulty starting urination, weak or interrupted flow of urine, & frequent urination, especially at night.

However, these symptoms can have many other causes than prostate cancer, such as a benign enlarged prostate. If you have any concerns about any of these symptoms, you should contact your health care professional. Most men with prostate cancer die of other causes, & many never know that they have the disease. But once prostate cancer begins to grow quickly or spreads outside the prostate, it is dangerous. While the disease is rare before age 50, experts believe that most elderly men have traces of it.

Because of the widespread use of PSA testing in the United States, prostate cancer is often detected early.  In some cases, the prostate cancer found can be very slow growing.

In most of these cases, the prostate cancer may not require treatment, & the use of PSA testing to screen for prostate cancer is controversial, says Daniel Suzman, M.D., a medical oncologist in the FDA’s Office of Oncologic Diseases in the Center for Drug Evaluation & Research.

The U.S. Preventative Services Task Force (USPSTF), an independent, volunteer panel of national experts in prevention & evidence-based medicine, currently recommends against PSA-based screening for prostate cancer in men 70 years & older due to the lack of data that screening increases survival rates, & because of the risk of over-treatment, leading to side effects in men who otherwise would never have experienced any symptoms. For men between 55 & 69 years old, the USPSTF recommends an individualized discussion of the risk & benefits of screening.

Localized Prostate Cancer: Radiation &/or surgery are the preferred treatments for localized prostate cancer that is at risk for spread.  Radiation may be administered after surgery to certain men if they are at high risk for any prostate cancer remaining. Side effects from treatment of prostate cancer with surgery or radiation therapy can include urinary incontinence, erectile dysfunction, & bowel problems.

Hormone Therapy: Radiation therapy is sometimes combined with hormone therapy (also called androgen deprivation therapy or ADT). Androgens such as testosterone are hormones that can cause prostate cancer cells to grow. ADT stops testosterone from being produced or directly blocks it from acting on prostate cancer cells. Hormone therapy may be given to patients with prostate cancer that has recurred after radiation or surgery & is the standard of care for men with cancer that has spread outside the prostate to other areas of the body (metastatic disease).

Non-Metastatic Castration-Resistant Prostate Cancer: Some men who are treated with hormone therapy before they experience metastatic disease may develop a form of prostate cancer that is resistant to standard hormone therapy (known as non-metastatic castration-resistant prostate cancer). The FDA has approved three drugs for non-metastatic castration-resistant prostate cancer, including apalutamide, enzalutamide, & darolutamide. These drugs block the effect of testosterone & similar hormones on the prostate cancer cells. Patients who received these drugs in clinical trials went a longer period of time without developing metastatic disease than patients who received placebo & also lived longer.

Metastatic Castration-Resistant Prostate Cancer: In 2004, the FDA approved docetaxel, the first chemotherapy for metastatic castration-resistant prostate cancer (i.e. resistant to hormone therapy alone) that showed a survival benefit, after years of research failed to find a treatment that would prolong the lives of metastatic prostate cancer patients.

“When prostate cancer metastasizes to another location in the body, it is in most cases incurable & the goal of treatment is to improve a patient’s symptoms or function, or to extend the length of the patient’s life, ” says Suzman.

Since the approval of docetaxel, the number of  therapeutic treatments  for metastatic prostate cancer has continued to grow. The FDA has approved five additional therapies for metastatic castration resistant prostate cancer, all of which have shown improvements in survival & are not directed to specific mutations in the cancer. Additionally, FDA has approved three therapies for patients with metastatic castration-resistant tumors that require testing for specific mutations in the prostate cancer to determine if the patient may be a candidate for treatment.

One promising area of prostate cancer research is related to preventing overtreatment of patients with prostate cancer that is still localized to the prostate & who have a low risk of becoming symptomatic or dying from the condition. Careful selection of these men to ensure that they are low-risk is crucial. There is increasing evidence that close surveillance & repeated biopsies may safely allow these patients to delay definitive therapy (surgery or radiation). “There is a need to reduce the burden to patients of overtreatment if the prostate cancer is slow growing,” Suzman says. 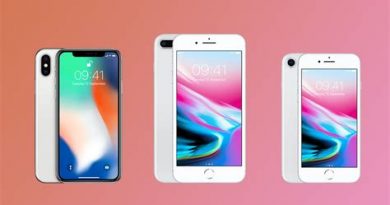 Formaldehyde in Hair Smoothing Products: What You Should Know