Before World War II, the US government did not have the level of military, intelligence, or colonial interests outside the Western Hemisphere that required a large-scale effort to protect clandestine operations.

Until then, security and counterintelligence operations had been undertaken as needed by the FBI, the Army’s G-2 branch, and the Office of Naval Intelligence.

Early in WWII, the British began supplying the OSS with extensive information about foreign military, espionage, and sabotage activities, the most sensitive of which came from ULTRA—decrypted intercepts of German military messages sent with the Enigma machine.

Because of the volume of traffic and the overriding need for compartmentalization, the British insisted that the OSS set up a separate, extra-secure component to handle the material.

As the CI Division’s work grew along with the need for the OSS to build counterintelligence networks of its own, on June 15, 1943, Donovan reconfigured the CI Division as a branch-level office called X-2.

OSS class on decoding and writing

In September, the main X-2 branch office moved from New York to Washington. By 1945, X-2 had amassed hundreds of thousands of files on foreign espionage and sabotage that included the identities of foreign agents and firms used as cover by hostile services.

A Watch List Unit monitored mail and written communications for names and cover names of enemy agents. An Insurance Unit monitored Axis intelligence operations carried out under insurance cover, and an Art Looting Investigation Unit tracked records of stolen art and jewelry as a means of tracking German officers.

In the field, X-2 operated its own communications channels and field bases separate from the rest of OSS, in cities such as London, Paris, Cairo, Istanbul, New Delhi, and Shanghai. In addition to its close interaction with the British, X-2 had clandestine liaison relationships with the services in liberated France, Belgium, Holland, Denmark, and Norway.

Processing the ULTRA intercepts and the inherent sensitivity of CI information gave X-2 a climate of intense security and secrecy that affected how CIA treated counterintelligence for nearly three decades.

X-2 had a formative influence on James Angleton, who became one of its most successful officers and Chief of the Agency’s Counterintelligence Staff from 1954 to 1974.

The X-2’s need-to-know culture and the exposure of several enemy double agents attuned Angleton to CI threats and the “strategic deception” practices of hostile services.

Following Angleton’s dismissal in 1974 amid controversy and scandal, the CI Staff’s personnel, budget, and responsibilities were reduced significantly.

After the “Year of the Spy” in 1985, when several current or former US intelligence officers were exposed as working for foreign services, Congressional inquiries in the mid-1980s concluded that CIA and other Intelligence Community agencies did not give enough attention to CI and security. 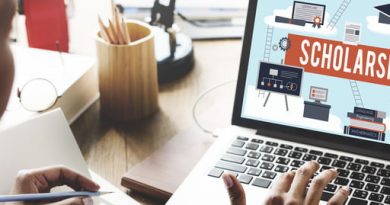